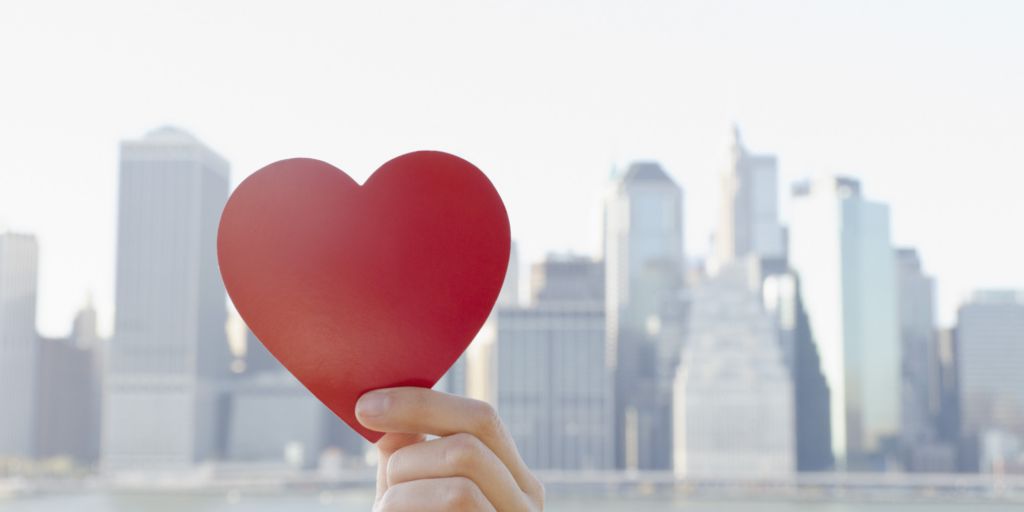 LOL is one of the most widely used internet slang these days, and I get it frequently from friends and even colleagues. I had always thought it meant “Lots of Love” until I found out it actually stood for “Laugh Out Loud.”  I was disappointed to discover this, as I mistakenly thought it was now OK to show more emotion when communicating with colleagues.  JTOL: is there such a thing as Love Leadership?

We all know that love takes courage and it makes one vulnerable.  Courage is never easy and being vulnerable, in particular, is a trait no leader wants to be associated with.

Yet, when you lead from the heart and make people-based decisions that are thoughtful and empathetic, putting your employees’ interests’ first, the ability to connect with others heart to heart is a most powerful thing.  It builds lasting loyalty and inspires others to do the same.

I left the corporate world because it felt cold and empty.  Because my heart often wins over my head when making personal and professional decisions, I decided to start my own company in 1995 to do what I do best and most naturally – to lead from the heart.

During the 1997 Asian Crisis and 2009 Financial Crisis the company lost money, but we did not lay off any employees and continued to pay all bonuses even though bonuses were variable and contingent on the company’s profitability. Everyone was invited to join our company regional conferences regardless of their rank and job nature, as everyone is important and every detail counts. Families were welcome to join our company functions and employees could bring their children to the office whenever necessary. I have visited numerous baby wards to personally share in the joy of my colleagues in welcoming their newborns as if they were my own.  Tearful conversations were never frowned upon and even encouraged when the situation called for it, as we discovered that venting and crying one’s heart out are often necessary to manage the immense stress that comes with our jobs.

In building the company, my heart also took the lead in making many critical hiring decisions over the years.  One of my very first consultants was my ex-secretary at Russell Reynolds.  Another one I met at the hotel I frequented in China during business trips.  He worked as a hotel concierge and one evening at the lobby he struck up a conversation with me and, out of sheer curiosity, asked me a load of questions.  I was impressed by his passion, his natural curiosity, and most of all his guts.  So I asked him right there and then, “Do you want to be a headhunter?”

These two consultants turned out to be among the biggest billers in the company.

I often hired employees knowing they did not have sufficient qualifications for the job, but because they needed the job, and showed a strong heart, commitment and devotion to succeed, I gave them the opportunity they would otherwise not get in another organization.  Firing employees was also the hardest thing for me. I would not ask others to do things that I would not do myself.

Loyalty built through Love Leadership is based on the long-term belief that helping others become successful, or at least be better versions of themselves, creates lasting value that outweighs any setback or disappointment encountered along the way.

Sometime in 1999 I interviewed a young, idealistic man from the Philippines for a new but important role in my team.  He was very, very green and even wore unkempt jeans to the interview, prompting one of my staff to remark: “Are you sure you want to hire this guy?”

During the interview, I asked him where he imagined himself to be in 5 years’ time.  His answers ranged from “writing a book” to “teaching” to “joining politics” in his hometown.  He came across as someone who wasn’t very sure what he wanted to do, but was very passionate about why he wanted to do what he thought he wanted to do: to use his talents to help others.  I hired him on the spot.  In the 15 years that we worked together, he’s always stayed loyal to me and as his mentor I’ve always stayed loyal to his why.

I am proud to say that 9 out of 10 employees I hired 20 years ago are still with the company, and more than 50 employees, out of the total of 600, had worked for the company for more than 15 years when I sold the company. Three years after the sale, only a few have left.  My decision to sell the company was based on the strong belief that the sale would provide better career opportunities for all.  Love Leadership is contagious and it lasts, as the culture I helped build is still very much alive today.

As a leader, showing your emotions makes you vulnerable and some people will take advantage of this vulnerability. Leaders who show emotions are often perceived as weak.  Most leaders are motivated by power and influence. Love Leadership tells us that real power comes from giving it away – to your followers – and is best achieved when you touch their hearts in the process.

Love Leadership is a two-way street: it goes from heart to heart, and employees must be touched and reciprocate through their emotions and commitment to create something that is bigger than the sum of all individuals put together.  A more traditional “maternal” or “fraternal” leader inspires a more one-way, top-down process.

Today’s workforce is diverse and fraught with individual differences that are often divisive. On the other hand, the desire to be touched with genuine emotions, authenticity and devotion is a unifying force.

For leaders today, nothing should hold them back in leading from the heart.  It is the path I chose, and I know now that it is the right path.  Whatever comes out of the heart, it comes back tenfold and more.  You Only Live Once.  YOLO!

FOMO? Don’t fret — just keep following my blog and join me on my journey. LOL! Lots of Love!