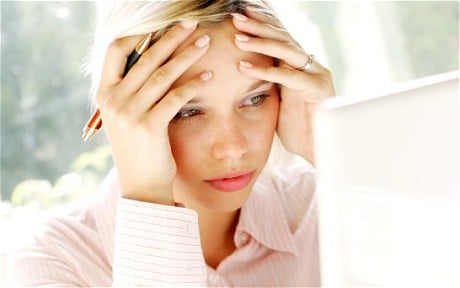 “The science is clear. The future is not.” So goes the title of a Leonardo DiCaprio documentary together with other world leaders.  While the documentary itself is about climate change, it describes many other major changes we see today, such as job-security.

I recently attended my Harvard Business School reunion, Class of 19-nevermind. It was sentimental, inspirational, and surprising. A survey of our class reveals:

That’s all quite predictable, you might say, as hindsight is always 20/20. I can’t say the same thing for this year’s graduating batch, though, when they have their own reunion many years from now. The new generation literally has their work cut out for them.

The questions they face are far more complex: How do you prepare for a job that doesn’t even exist today? If you don’t want your boss’ job, how do you get paid more by doing the same job? How do you take advantage of the “gig economy”?

The very definition of “job security” is changing. Before, job-security was about the probability that an individual will be able to keep his or her job, often with the same company. Now, job-security is all about knowing you will always have a job even if your role suddenly disappears tomorrow, and that you are prepared to take on any new job (or create one yourself) even if it doesn’t yet exist today.

Should “job-security” now be more important than “job satisfaction”? In an age of uncertainty and extremes, is it better to “future-proof” yourself than to strive to be “the best you can be”?

In a study by the World Economic Forum, The Future of Jobs, it is predicted that 5 million jobs will be lost before 2020 as artificial intelligence, robotics, nanotechnology and other socio-economic factors replace the need for human workers.

The good news is that those same technological advances will also create 2.1 million new jobs – many of which don’t exist yet.

Add to this the following factors…

…and you have a perfect storm in the making, an environment where the best way – perhaps the only way – to predict and prepare for the future is to create it yourself. Some more food for thought and takeaways from the reunion:

Reunions, like the one I attended recently at HBS, help alumni keep the burning spirit alive and the magic bottles burning. We do not feel old, but we do feel how much time has passed, and at the same time we are excited about how much more there is to be done, to learn and unlearn. Developing leadership in the digital space and a world divided, with a myriad of problems unsolved and a future that is unclear, is fascinating.  With more than 100 years of history under its belt, even a rock-solid institution such as Harvard is energized by the challenge of finding its new place in the digital world.

We are proud products of the Harvard Case Study Method, and both the school and its alumni face the same challenge today: how to reinvent ourselves and stay relevant in this new world.  Yes, the world today is daunting even for a Harvard MBA.  Having a great sense of humor and the ability to laugh at ourselves can certainly make the journey easier.